The other day I was working on a new feature in Fire, and as I was testing it, I saw this:

I had actually noticed this feature in the commit log a few days earlier, but it didn't strike me until I unexpectedly saw it in action how much such a small thing is going to improve my day-to-day coding life.

In case you're missing what I'm talking about: note how the exception message is telling me what exact expression was null. It's a game changer! In this case, it probably saved me 5 minutes of further investigation, but I can think back to dozens of debug sessions in the past where this info might have saved me hours of work.

It's the little things that make the difference. And the past three months of Elements 10 updates have been chock full of little (and not so little) enhancements that make your development life better every day. Let's take a look!

Breakpoints in Fire And Water

There have been a bunch of improvements to breakpoints in Fire and Water: 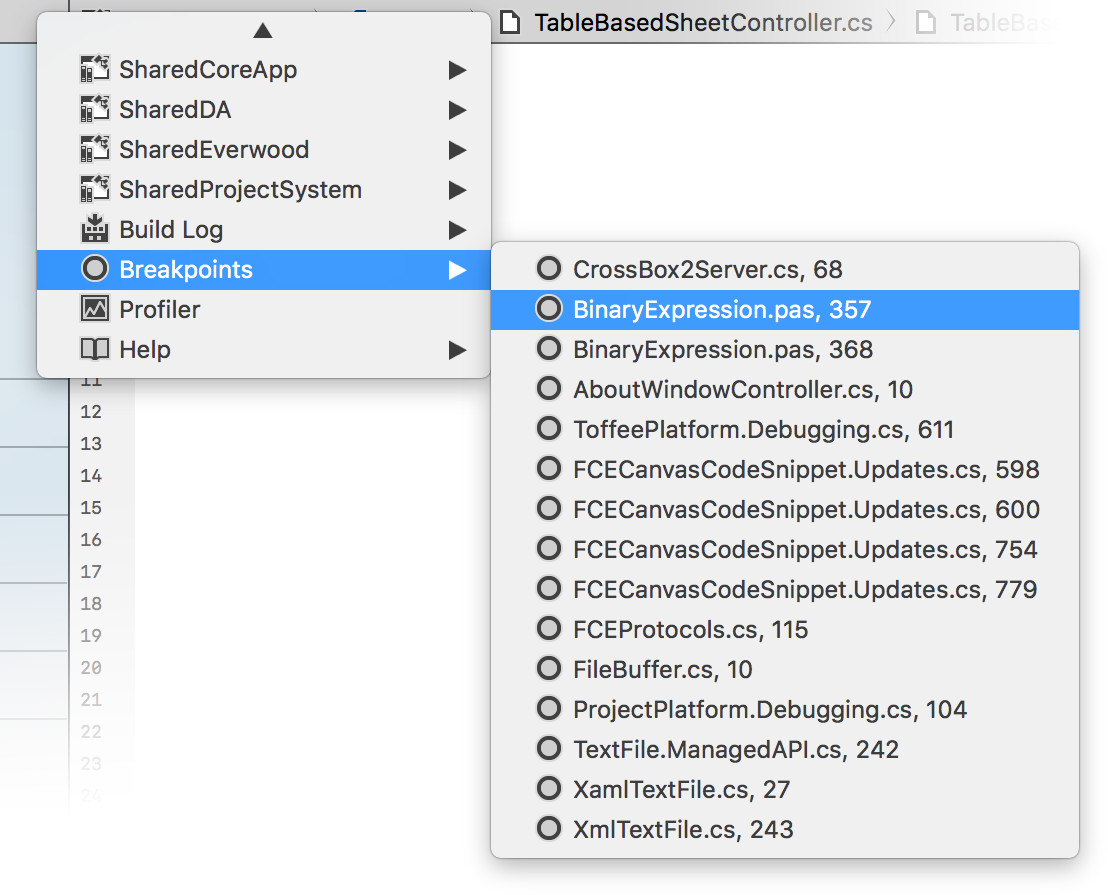 The Start-Up Argument Manager sheet in Fire and Water has seen some significant improvements, as well: 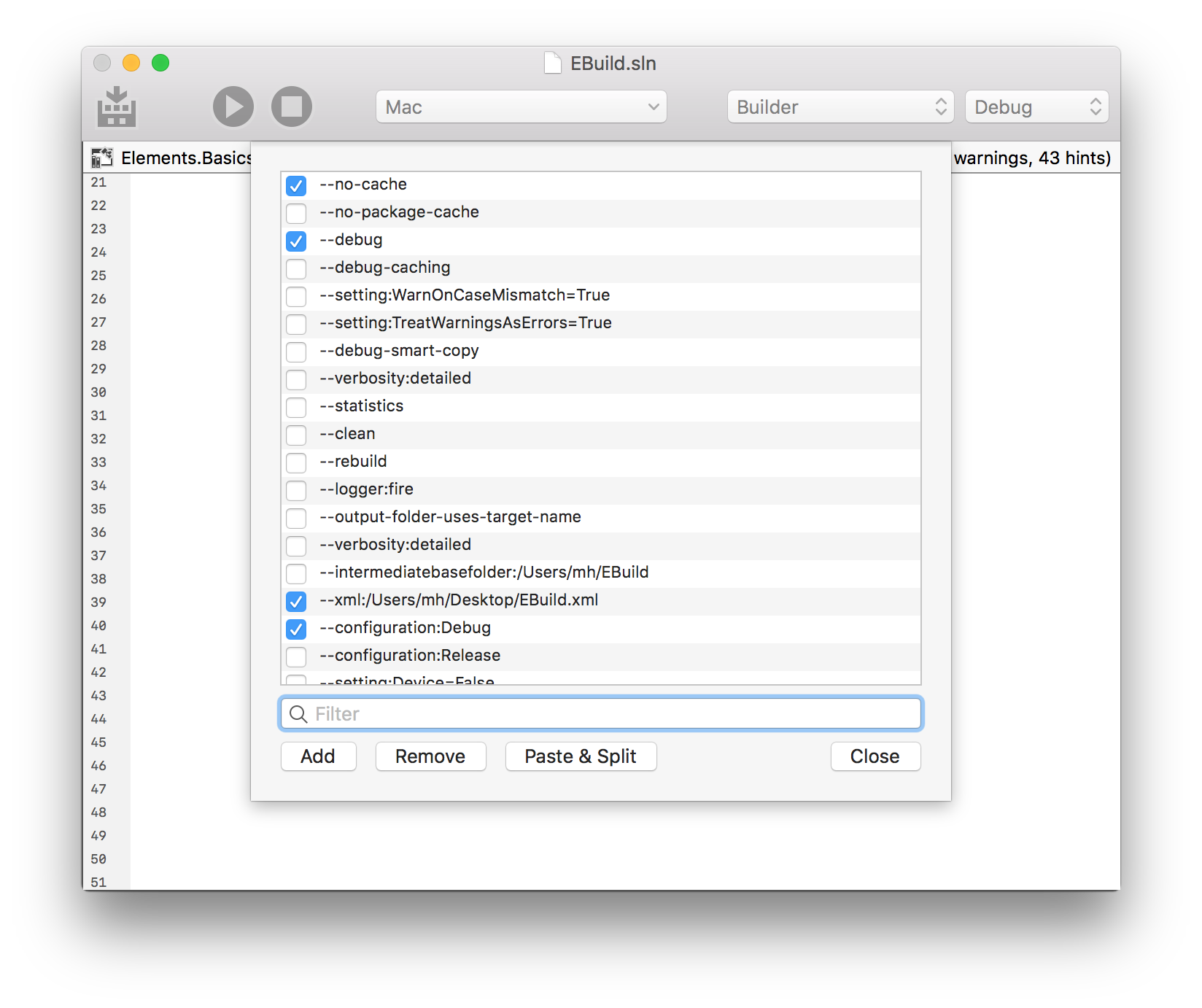 The interactive debug console in Fire and Water is great, as you can use it to pass textual commands to interact with the Elements debugger or LLDB (for Cocoa).

New in .2271, the console now keeps a history of commands – just press Cursor-Up or Cursor-Down to navigate between your recent commands, like you would in Terminal.

Pressing enter after a { in Fire and Water will now smartly insert the closing } for you in the right location, but only if needed. Such a small thing, I didn't even know I missed it until it was there ;)

On Cocoa and Island, the Elements compiler now employs incremental compilation, generating separate object files for each class. As you change code and build your (large) project, now only those classes that are affected by the change will be processed, saving on build times, bigly. You can toggle this via the Incremental project setting.

Water has come a long way in the past three months, going from "usable" to "almost ready." Among dozens of fixes and improvements, we've put a lot of work into providing feature parity with Fire. We've ported more parts over, including the Project Settings view (which leverages a new WPF grid control we created and looks absolutely gorgeous), added support for editor code snippets and search symbols, added more advanced CC capabilities that were previously Fire-only, and all of the "Manager" views in Fire. 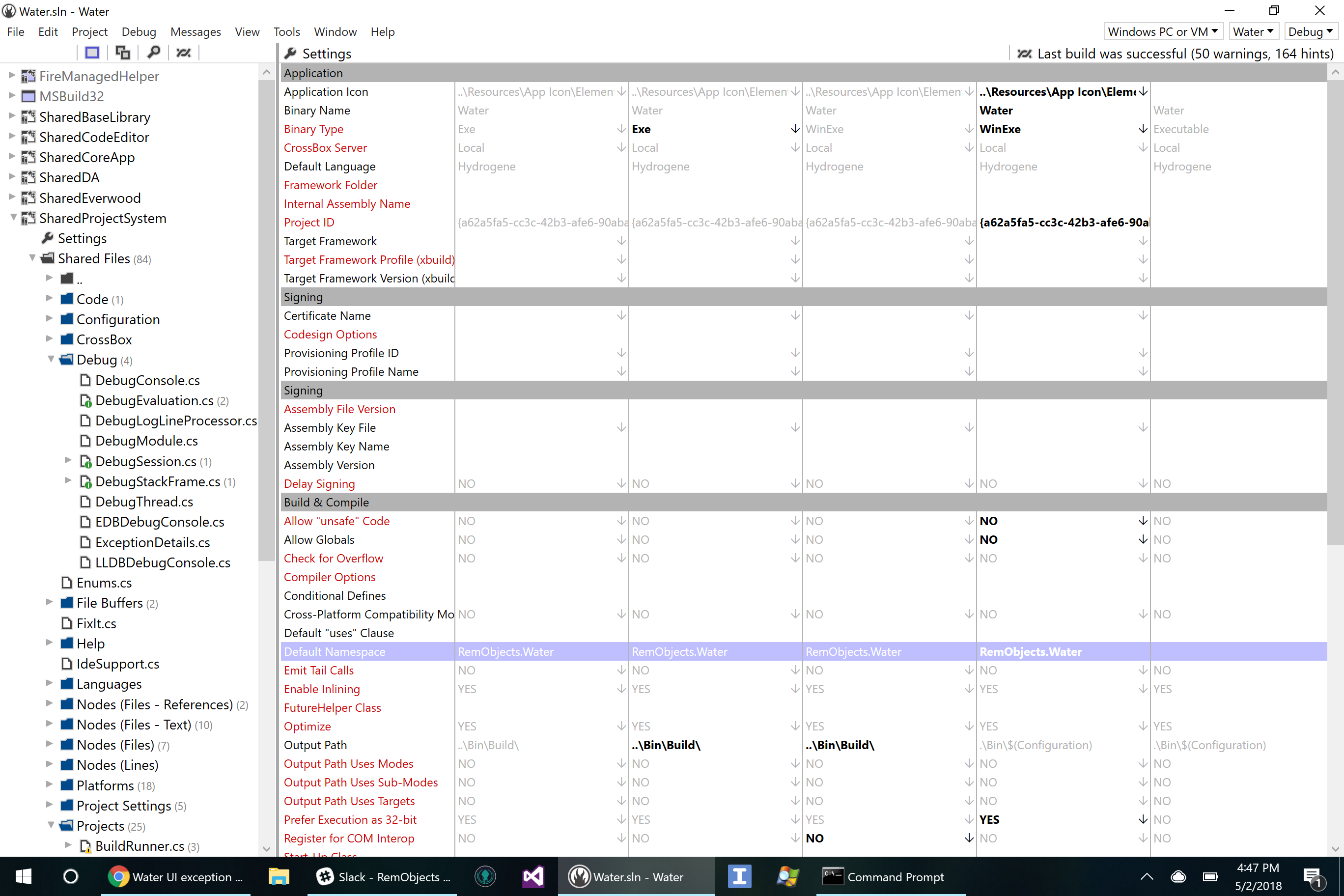 We've also added support for remote Cocoa debugging via EBuild's CrossBox 2, bringing full coverage for all our platforms into Water. And we've ported support for Remoting SDK and Data Abstract file actions (such as generating/updating code from RODL or daSchema files).

Finally, Fire's Dark Theme has been extended beyond the Editor. Fire now fully embraces macOS Yosemite-and-later's unofficial dark mode. I must say, it looks pretty stunning in action – even if I myself am not a fan of dark UI. But those of you who prefer dark mode will love it. 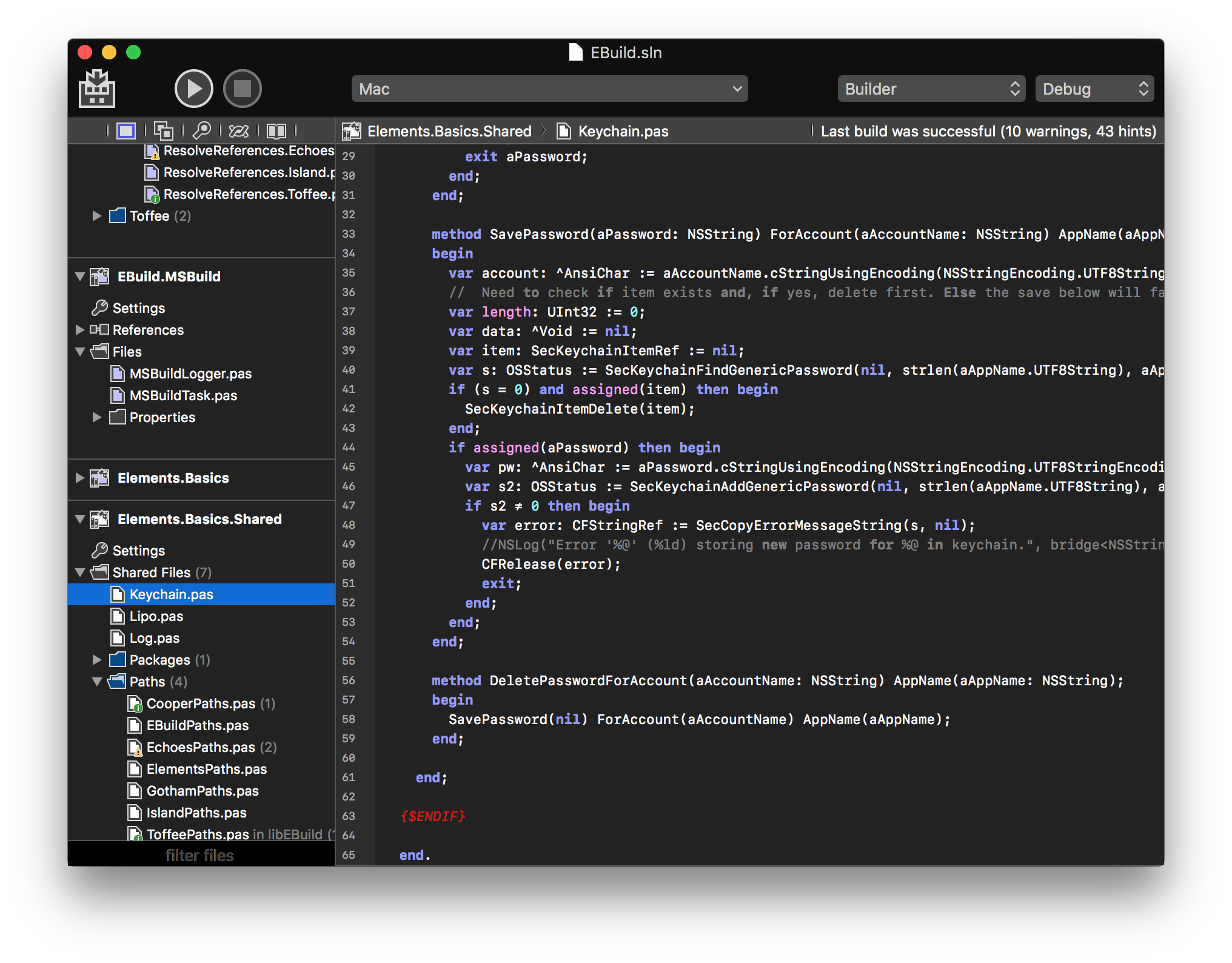 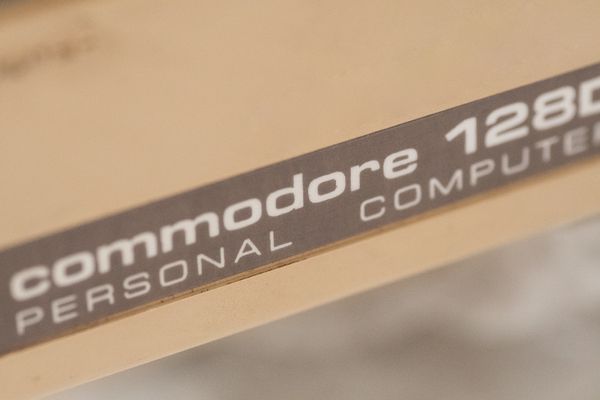 The BASIC programming language is more than a half-century old. A lot has changed in the world of programming – is there still a place for development for non-developers? 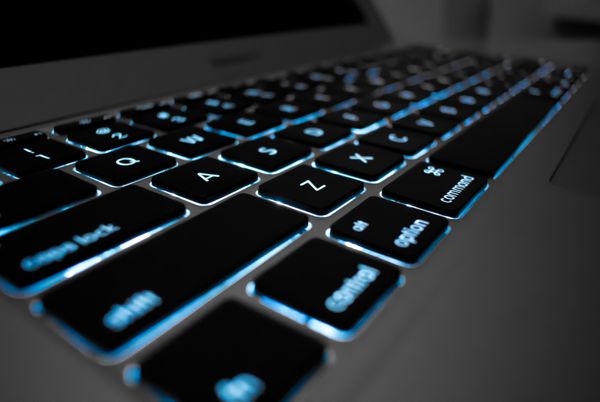 Reading the tea leaves on the future of the Macintosh.

RemObjects Software Blog
—
It's the Little Things.
Share this