For the Upcoming version of Elements we completed the port from LLDB to our own native debugger. We already had debug engines for .NET, Java, WebAssembly, Windows and Linux, but for iOS and macOS we used Apple's open source LLDB. LLDB had an obvious advantage of supporting all the platforms and also having built-in Objective-C support. While LLDB has served us well over the years, we kept running into limitations due to our languages not being officially covered by it, and some semantics just didn't have a C equivalents. We started this new engine for our native code backend (Island) a few years ago, but with recent addition of iOS and arm64 we could finally finish our macOS and iOS targets, so the new debug engine is now used for Island and Toffee projects. This article explores how we wrote this on a more technical level.

While we had experience with compilers and managed debuggers (for .NET, Mono and Java), we never did native debuggers before we started the Island platform. However one thing that was important for us was that we would be able to share as much code between the target platforms and architectures as possible. We started by exploring what is available on Windows and Linux.

On Windows we used the native debugging APIs, as Windows doesn't have any built-in remote debugger:

The APIs support the concept of breaking, continuing, instruction stepping, module loading, exceptions and threads. Other that that, they also support reading and writing memory and registers. Generally all debug related apis should be called from a single thread, one that also has the debug loop. Any pauses in the process should be done by pausing the debug loop for the duration of the pause.

Note that you cannot debug 64bits processes from 32bits processes, and when debugging 32bits from 64bits the WoW64 APIs must be used. Also, the exception codes differ for things like the break exception (e.g. STATUS_BREAKPOINT vs STATUS_WOW64_BREAKPOINT). The debug loop generally looks something like:

On Linux we use gdbserver, and on macOS and iOS LLDB's debugserver. The reason we build on gdbserver and debugserver here is that they generally are available, or easily installed and saved us a lot of time implementing this. However, conceptually these are very thin wrappers over Linux' ptrace and macOS' equivalent infrastructure. They both use the same protocol which is mostly identical to the protocol used by serial jtag devices debug devices. It's a text protocol that, again, has the concept of signals, stopping, resuming, threads, reading and writing memory and registers. The gdb remote protocol documentation describes the protocol in detail, but it generally looks like $<packagetdata>#twobytehash, where the hash is the sum of the ASCII bytes of the character data.

The macOS version supports the concept of reading module information, however does not have events for detecting delayed loads. To work around that, there is a hardcoded symbol inside dyld where the debugger can set an internal breakpoint.

The Linux version has an accessible list of pointers, one of which has the same breakpoint location, and a list of currently loaded modules.

Signals occur for lots of things, but for debuggers the important one is the one for breakpoints. The actual signal code is dependent on the platform. On Windows the closest thing comparable are exceptions. Single-step and breakpoints are exception types there. The debugger gets the thread, current registers and current instruction pointer as part of the event.

All debuggers have to be able to walk the stack given the current instruction. While a lot of debug formats have info on how to do this, debuggers should have a fallback for when no debug info is available. Walking the stack is an instruction set specific operation (and gets trickier when it comes to optimized code) but on i386 and x86_64, walking can be done by using the frame pointer to find the stack pointer that was set on on entry and the return address for the previous instruction pointer. This is because the general stack frame looks like:

Generally this comes down to:

Other platforms like arm/arm64 have the same concept, just with different registers.

This concludes the first article on our new debugger.

You can see the Island debugger in action when debugging Cocoa, Windows, Linux or WebAssembly projects with Elements, in Fire, Water or Visual Studio.

In a future article, i will dive into more detail about the different debug info formats. 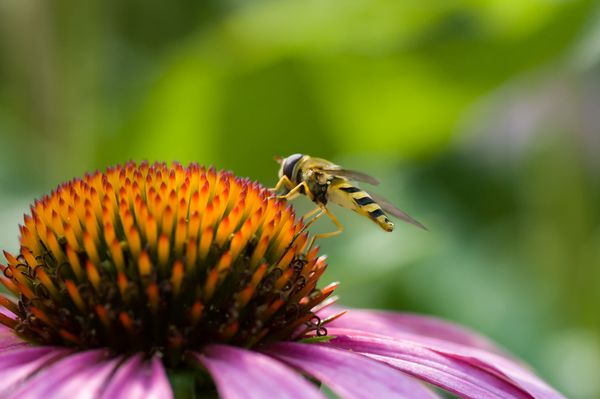 In this previous post, I spoke about writing a debugger. This one will talk about the formats a debugger needs to be able to read. For our debugger we settled on using DWARF 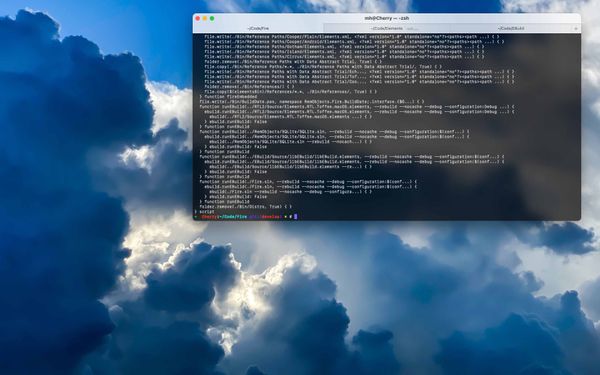 On Friday we published Elements build .2605, the first "Stable" channel build of the year, and wrapping together a lot of great changes and improvements from the past couple months of previews. Let's